A couple of weeks ago I was between homes, I had moved out of my old house before my
new house was ready following a string of irreconcilable differences between myself and the main tenants of the house (i.e. parties starting at 11pm on a weekday, moving additional people into the house – one I am pretty sure had a drug problem, people going into my room when I wasn’t there, and generally making me feel unsafe).  A work colleague and his partner had graciously let me stay in his spare room and had made me feel well at home introducing me to his friends, and eating all their food; but they was off away for the weekend and for 1 night I didn’t have a place to stay so I decided to book into a hotel for the night. 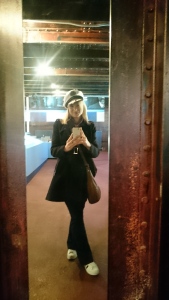 I had rented a car to put all my stuff in for the move, so I had a transport and an entire country to pick my hotel from. Finally Friday afternoon I made my decision and booked a hotel in Belfast. I drove up straight after work and arrived about 9pm. I had booked into a hotel called the Balmoral about 6km from the city centre, and from the outside it looked like a decent place. I didn’t really have any plans and was pretty exhausted so ended up just hanging out in the hotel room and watching telly (considering I don’t own a television it was kind of a treat). The hotel room stunk of cigarette smoke and all the facilities where basic but otherwise it wasn’t too bad.

I went to bed and was woken up about 2am by yelling, and I mean yelling. Three people in the room next to me were getting into a massive domestic in the hotel room, and by the way they shouted, swore and carried on you could imagine that these people where all flannel shirt wearing, front teeth missing and mullet haircut yobbo’s. Security came and told them to keep it down, which they did for about 15 minutes and then they were at it again. This carried on until 5am when security finally kicked them out of the hotel but it was too little too late for everyone in the surrounding rooms.

But I didn’t let it put a dampener on my visit to Belfast, and in the end I was up and out of the hotel by 9am and on my way to the Titanic museum. 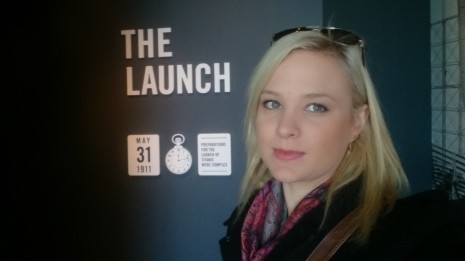 I had intended to spend maybe 2 hours max in the museum and then have a quick look around the city before driving back to Dublin. The museum was fantastic, I am not really a reader of all the little bits of information they put around the place at Museums but thank-fully a lot of it is audio and visual as well so you really get a great sense of everything around you.  The museum is divided into sections and runs through everything to do with the Titanic; from Belfast the city at the time the Titanic was commissioned, to building the ship, examples of the different classes on the ship, the sinking, the survivors, the review into the sinking, movies made about the titanic, and finding the wreckage years later… Everything about the Titanic is covered and really makes for a fascinating tour. 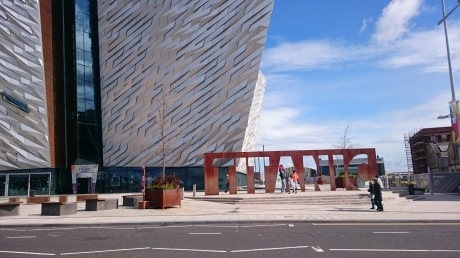 Four hours later I stroll out of the museum and with no time to look at the rest of the city I jump in the car to head back to Dublin. Now it wouldn’t be a road trip without me getting lost, so after missing my exit and the next exit being closed I decided to use Google Maps to get me back to Dublin…. Well that was an adventure.  I ended up going through every little country village between Armagh and Newry before I ended up back on the national motorway and on the right road to Dublin. I was hungry and constantly on the lookout for a little village shop, café, bakery or something to get some lunch but if these places did exists in the little villages I drove through I didn’t see them. Eventually I got back on the motorway and decided I would just have to settle for something at one of those big petrol station / MacDonald / Insomnia all in one stops.

By late afternoon I found myself back in Dublin and pulling up with a car full of gear out front my new home in Irishtown. I was greeted by my new, very excited housemate and after we finished fixing my not quite complete bed I was ready to settle myself into my new home. It had been a ridiculously crazy week, and even my relaxed overnight adventure to Belfast wasn’t as relaxed as I had planned but I did enjoy Belfast and I am keen to get back up there again very soon and check out the rest of the city. My next trip to Belfast though I think I will take the train… J

One thought on “Impromptu Road Trip to Belfast”