One thing I have to say about moving to a new city on your own is that you have to be prepared to spend a LOT of time by yourself. This is my third weekend now in Dublin since I moved here and again I have spent the majority of it by myself.  Meeting new people is difficult and you really do need to be constantly putting yourself out there if you want to build new friendships and social networks. If you want to sit at home and watch television all weekend that’s cool but that’s not me.

This weekend I planned to do three things which I hoped would help build my social network or at least push my comfort zone a little. I attended a Meet Up group event, went to the Andrea Roche Modelling Commercial Open Day, and went to a new pub to watch the Six Nations Rugby.

The Meet Up group were meeting at a coffee shop in the city center about lunch time Saturday and I had the Open Day after that so I threw on a more dresser outfit then I usually would have worn and headed to the catch up. The Meet Up group wasn’t the right group for me, a little too old and a little too bitchy about life, so I was only there for 45min before I left and headed across town to the Open Day.

I really had no idea what to expect with the Andrea Roche Modelling Commercial Open Day, and it did push my comfort zone buttons a bit, but in the end I am happy I went along. I had found out about the open day after being side tracked looking for a new hairdresser (I figured modelling agencies and Dublin fashion bloggers would be the best people to seek advice for in where to find a good hairdresser experienced in working with blonde hair). I was nervous about going, I am not a 6 foot, size 2, busty blonde but I figured it wasn’t going to cost me anything but my time, it was something different, and I may actually enjoy it.

I walked into a small conference room with about 30 people from 2 – 40 years of age. It was mainly teenage girls, women in their 20’s, and a couple of parents with their children, and everyone critically judging everyone else who walked in the door. There were five people in particular who struck me the moment I walked in; a blonde with a dream-catcher tattoo on her back and the most amazing black and white chequered overalls; two 6 foot brunet’s who instantly reminded me of a BooHoo campaign; and a couple who completely looked the part for a modelling agency.  Later I found out that the guy from the couple was a Dublin YouTuber (Rob Lipsett) with a pretty big following, so I wasn’t far off the mark.

I sat there for about an hour waiting to have my mini photo shoot, watching what the other people did waiting for my turn to came around. Finally my name was called and all that ‘I’m just here to give this a go and have some fun’ was out the window. I had no idea what I was doing and felt so conscious of myself with all these other people sitting there watching you. The photographer was great though, she was really encouraging and whether the photos where any good or not she made you feel like you were doing everything right.  After my photo shoot I sat down with Andrea and her commercial booking agent where we had a quick discussion about my being from Australia and then about commercial modelling, and then I was done and out the door. Now it may have all been a bust and nothing may come from my little adventure but I gave it a go and who knows, maybe the photos came out better than I thought!

After all that I still had the Rugby to go. After my failings in the pubs of Malahide I thought I would give the Old Borough in Swords a shot. I was running late after the Open day and arrived at half time for the Ireland V Scotland game and was disappointed to find the pub almost empty. I ordered myself a drink and sat down at one of the bars near the sports screen prepared to watch the second half of the game. The second half came and went (not a very impressive game I have to say!) and then it was time for the England v France game and another drink. Again the bar stayed ridiculously quiet, a few people came up and sat at the bar near me, a few people constantly stared at me from a across the room but again I could not get anybody to talk to me. Thankfully I was there to watch the Rugby as well and with England beating France I did not leave entirely unsatisfied with my venture.

After my busy Saturday, Sunday was a very much spent by myself. I am currently living out in the beautiful Malahide (not a convenient place for someone who wants to be in the middle of everything but it does have some amazing parks, running trails, the beach, and little coffee shops at your disposal). I slept in until 7.30am (I do really like being out and about and enjoying the day) before heading down to Devoted to Food in Malahide village for breakfast. This place is still relatively new and not well known, but if you are ever looking for somewhere to go on a weekend for coffee and scones I would highly recommend this place – it also has a locally sourced fresh fruit, veg and butchers attached to it which is remarkably good value.

Apart from that I spent the rest of the day at Malahide Castle and on the running trails, it’s really hard not to want to workout and spend your day outdoors when you have beautiful places like Malahide to workout in. 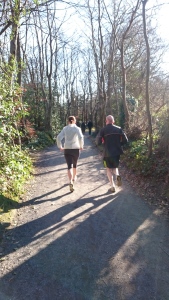 My housemate’s were having an impromptu BBQ when I got home from my run so I had a bit more of an opportunity to be social Sunday afternoon before we called it a night. A great way to finish off the weekend. 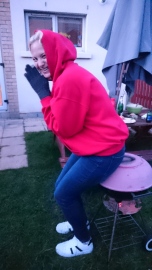 As you can see weekends in a new country can seem very lonesome, but I know they will get better. I have already started to meet new people and as I meet more people and get to know them better I will have more opportunities to go out with them and meet other people through them. But I am enjoying my time, and I am enjoying putting myself out there even if sometimes it does seem like a fail! This week I am off to look at some apartments in the city center and attend another couple of Meet Up events (this one is for 20 Somethings so may be a bit more eventful!), I also have some more blog idea’s up my sleeve as well so please watch this space!

2 thoughts on “How do you spend a weekend in a new city?”